Transport network plays an important role for the development of the economy . A well-planned and efficient network of transport is an essential component for a developing economy. The Transport Department of Haryana is committed to provide adequate, well-coordinated, economical, safe, comfortable and efficient transport services to the people of the State.

Roads are the basic means of communication for the development of any economy. In order to further strengthen the road network and making it more efficient as per traffic requirements, the main emphasis has been laid on the improvement/up gradation of existing road network, construction of bye passes, bridges/Road Over Bridges (ROBs) and completion of road construction works. During 2015-16, a programme for improvement of roads by way of widening, strengthening, re-construction, raising, cement concrete pavements/blocks premix carpet construction of side drains and culverts/retaining walls etc. was taken in hand. 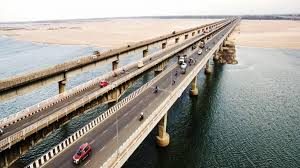 Average density of metalled roads in Haryana is 52 Km per 100 sq kms. and the districts of Ambala, Panchkula and Yamunanagar have 72 km, 63km and 64km, respectively. The field survey, however, revealed that the access road conditions from villages to nearest market place are in poor condition of maintenance. Except for Sadaura in Yamunanagar, Naraingarh in Ambala and Pinjore in Panchkula, all other blocks have average or poor condition of roads.

Road connectivity has generally been available to most of the villages in the region,  with over 95 % villages connected with paved  motor able roads. Road network in the hilly area of Morni block is relatively poor due to its undulating and difficult topography. Over 92%, 83% and 96% of the villages in the districts of Ambala, Panchkula and Yamunanagar respectively are connected with paved motor able roads. Only Morni block of Panchkula and Sahzadpur block of Ambala shows 67 and 75 percent of villages connected with paved approach roads. Kandi project in its phase II has put major efforts in construction of bridges and roads though there are still avenues for improvement.

With 29 National Highways and many State Highways , Haryana has vast network of road transport. Presence of Railways is meager but road network  covers the flaws of the railway network as road network is huge and is still increasing. Total road length in Haryana is 23,684 kms. Even the remotest areas of the state are linked with metaled roads. One of the oldest and longest National Highway i.e. Grand Trunk Road passes through the five districts of the state.

For the year 2016-17, 10 no. projects costing 1,979 crore have already been proposed to NCRPB for funding. In addition to this various roads project of Rewari, Dadri, Bhiwani, Narnaul and Sonepat for 395 kms. with an estimated cost of 1,064 crore are being dealt in Finance Department.

Modernization of Road Network is done by modernizing the buses. To provide comfortable passenger transport services, the department is operating 39 Volvo/Mercedes Super Luxury A.C. Buses. This service has been highly appreciated by the Public travelling on Chandigarh-Gurugram, Delhi-Chandigarh and Chandigarh-Rohtak routes.

The department has taken up development of NIT Faridabad bus terminal on PPP mode for which the consultant has submitted the detailed RFQ-cum-RFP document for which tender has been issued after getting the approval from Cabinet Committee on Infrastructure (CCI). New bus terminals at Karnal, Bawal, Ambala City, Gurugram and Faridabad are being developed on PPP mode for having the most modern facilities, out of which RFP report of Karnal and Ambala City have been approved by the Committee of Secretaries of Infrastructure (COSI) and it is expected that after getting the approval from the CCI, the tender may be issued during this year.

In terms of Road safety, Haryana Roadways has been taking steps to minimize the accidents/break downs by taking all possible administrative as well as technical measures. Haryana Roadways is running 20 departmental Drivers Training Schools for imparting training and certifying new heavy vehicle drivers.

Seven roads in Haryana, including Ghaziabad-Noida-Faridabad-Sohna road, a 75 km stretch, will be developed as National Highways.

State government has given consent to the Centre for declaring seven roads in the state as new National Highways.

Rail connectivity is limited in the region. Except for blocks like Ambala, Barara and Kalka, none of the blocks have rail connectivity, though this drawback is fulfilled by road transport services to a great extent.

Metro in Delhi has been extended up to Haryana in Gurugram. It proves to be highly beneficial for the state of Haryana. Now it has been proposed to extent the metro to Sonipat.

There is also a provision for Rapid Metro , that serves the city of Gurugram.