There are many famous cities and tourist destinations in the state. The state is thrived with Indus Valley and Vedic civilization as the state as Banawali site which belongs to Indus valley Civilization. Many battles of the bygone eras have been fought at this land that comprises of battles of Panipat and Mahabharata epic was fought in city of Kurukshetra.

The city of Kurukshetra is known for its varied historical events, the numerous battles fought on the land of Kurukshetra. This is also the city where Arjuna was addressed by Lord Krishna about the Values of Karma that was later inscribed in the Bhagwad Gita at Jyotisar.

Major Cities and tourist places of Haryana are :-

Kurukshetra is known for Education, Tourism, religion, Cleanliness and clean environment. It is a popular pilgrim destination as this ancient land was the battleground of the famous Mahabharata war. Dating back to 2800 BC, the land is where Lord Krishna preached Bhagavad Gita to Arjuna on the eve of the epic war. Major  tourist attractions in Kurukshetra are

Panipat is known for various battles as this place witnessed three crucial battles in the history of India. Situated on River Yamuna banks, Panipat finds mention in Mahabharata as one of the five cities founded by the five Pandava brothers. The tourist attractions in Panipat are

Hisar is an important city of Hryana that boasts of rich historic association. The land has evidences of being home to pre-historic man. The monuments here are feast to those who love to have a feel of the bygone era. Here are the top tourist destinations in Hisar

Ambala is one of the ancient cities in Haryana. Archaeological evidences found here prove that the land was inhabited as back as the Paleolithic age. During the British rule, the district of Ambala played its part by rising against the British army on many occasions. Here are some of the important tourist destinations in Ambala.

Faridabad is the biggest city in the state of Haryana. It is amongst the leading industrial hubs making a major contribution to the state’s revenue. Though the city is not as ancient as some of the major cities in Haryana, it has its share in history.  Some of the tourist spots in Faridabad

The name of this place  is mentioned in  Mahabharata. The city is said to have been established by Kauravas for King Karna, who was famous for his generosity and the attitude to give away anything anyone requested of him. It is also called as  ‘The City of Daanvir Karna’. The major tourist attractions are

It is  situated at 550 m above sea level, is one of the beautiful tourist destinations in Haryana. It is home to Asia’s best garden of the 17th century. Apart from being beautiful, the garden attracts historians and archaeologists alike. Given below are some of the tourist attractions in Pinjore.

It is the second largest city in the state of Haryana. The land has spiritual importance as it finds place in Mahabharata. It adds to Haryana’s overall contribution in industrial sector with its amazing infrastructure. No wonder it has emerged as the state’s corporate capital. It comes under the National Capital Region of Delhi. 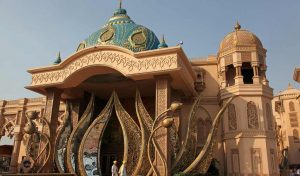 It is also one of the important city of Haryana. It is famous for wood industries. It provides fine timber to large industrial units. Ther are also many famous places to visit in the town.

Other major cities in Haryana are Jhajjar , Jind , Bahadurgarh, Rewari Sirsa ,Bhiwani etc. Each provide distinct culture and each has its own importance .