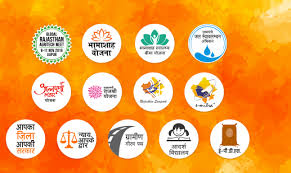 The state government of Rajasthan has introduced the Bhamashah Yojana and Bhamashah card to empower women. Under the scheme, the women from below poverty line (BPL) families are benefited through direct benefit transfer. The beneficiary of the scheme will get the amount directly into their bank account.

According, Bamshah card is a family card which is issued in the name of the woman because she is considered as the head of the family. In addition, the Bhamashah card is mandatory for claiming birth, death and marriage certificates. However, this card has become biggest hurdle to the beneficiaries because they are depriving of getting benefits of schemes like the Prime Minister Awas Yojana-Gramin (PMAYG), Mukhyamantri Rajshri Yojana etc.

under the Bhamashah Yojana, the eligible beneficiary cannot take the credit beyond the limit of Rs. 50,000. Hence, the authorities cannot release the second installment, under PMAYG scheme, which is more than Rs. 50, 000.

Under the free coaching scheme, the state government would provide free coaching to students to take admissions in IIT, IIM, LAW and national level medical and engineering colleges.

The household income of the applicant should be less than 2.5 lakh per annum.

Under the National Higher Education Mission RUSA, the Government (Dishari Yojana) started Teacher’s Day on 5th September 2017. Under this scheme, coaching classes of supportive subjects will be started for the regular students of the college to get employment with basic education.

Under this scheme, ladies’ kit will be given to girls. The government believes that for the preparation of competitive examinations, a lot of fees is being charged in private institutions, which is difficult to afford for poor girl students of the tribal area.

Under this scheme, Government will provide assistance for marriage of two daughters of poor / scheduled caste / BPL families. The government will provide financial assistance of Rs. 10000 as girl marriage assistance. The purpose of this scheme is to provide support for marriage to the families suffering from poverty and economic status in the state. This scheme is for the economically backward people who can not marry their girls.

The State Government of Rajasthan has launched a new scheme named ‘Mukhyamantri Rajshri Yojana‘ to encourage girl child education and arrest female feticide. This scheme has been launched for the welfare of girls.

Under this scheme, Government provides financial assistance to the girl child in the state for their health and education. Mukhyamantri Rajshri Yojana is providing a timely scholarship to the girl child from birth to education up to 12th class. This scholarship and financial assistance are provided by the Department of Women and Child Affairs, Rajasthan.

To develop a positive attitude towards the girl child in the society and to improve health and education status of the girl child in the State, this flagship scheme has been started which expects to bring Women Empowerment and gender equality in the State. Under this scheme, a total grant of 50,000 is being provided in 6 instalments to the parents/guardians of the eligible girl. A total number of 3,16,066 girls have been benefitted with the first instalment of the scheme in a period from 1st June, 2016 to December, 2016.

Annpurna Bhandar Yojana was announced by Hon’ble Chief Minister.It is a unique project in India under PPP mode for modernization of Public Distribution System. The process of development of fair price shops into Annapurna Bhandars has already started in the State, where multi brand quality consumer goods are being provided to consumers at reasonable & competitive prices. In first phase, 5,008 Fair Price Shops have been converted as “Annpurna Bhandars” out of 25,000 FPS in the State Mukhya Mantri Nishulk Dava Yojna” was launched  on 2ndOctober, 2011. The scheme aims to benefit all the patients coming to government hospitals. Under this scheme, all outdoor and indoor patients visiting medical college attached hospitals, district hospitals, community health centers, primary health centers and sub centers, are provided commonly used essential medicines, free of cost. Rajasthan Medical Services Corporation (RMSC) has been constituted as a central procurement agency for purchase of medicines and surgical sutures for medical department and Medical Education department. RMSC is supplying medicines etc. to all Government health institutions through District Drug Ware Houses (DDWH) established in all 33 districts of the State.

Bhamasha Swasthaya Bima Yojana was launched in the state on 13th December, 2015. The main objective of this scheme is to provide cashless healthcare services to the poor families (under selected families of NFSA – 2013 and RSBY) of Rajasthan thus providing social and financial security against illness to these families and reducing out of pocket expenditure. Health Insurance cover of `30,000 (for general illnesses) and of `3.00 lakh (for critical illnesses) per family per year is provided on floater basis.

Total 1,715 disease packages are offered under the scheme, for which reserved list include 1,148 secondary packages, 500 tertiary packages and 67 Government Medical Institution packages.

To reduce the IMR and high mortality rate of women during childbirth, the State Government is implementing the “Rajasthan Janani Shishu Suraksha Yojna” in the State with the assistance of Government of India to provide free medical and other facilities to pregnant women and new born children. Under this scheme, free-medicines, consumables, lab-tests, food, blood facilities, referral transport facilities etc. are being provided.

The main purpose of this Abhiyaan is to make approximately 21,000 villages water self reliant in four years by raising funds through convergence, public contributions and donations etc.

This project is funded by the World Bank. The project cost is 870 crore in which 769.90 crore is World Bank loan portion and `100.10 crore will be borne by the State Government. Project become effective from June, 2011 and was scheduled to be completed in October, 2016 which has been extended upto October, 2018.

The total original cost of this project is 415 crore. Initially, the project period was of six years starting from December 2008 to December 2014 which has now been extended by IFAD upto December, 2017. The revised cost of this project is `291 crore. The funding of this project would be made by IFAD (124 crore including `2.40 crore as Grant), Sir Ratan Tata Trust (13 crore as Grant), Bank Credit (56 crore), State share (87.50 crore) and Beneficiaries Contribution (10.50 crore). The objective of this project is to mitigate poverty of the target group households through improved livelihoods, strengthened capacity, sustainable enterprises and natural resources management and increased access to physical and financial markets.

This is an ADB assisted project under Multi-tranche Financing Facility (MFF). Original cost of this project was US$390M (`1,560 crore). Revised cost of the project is US$ 365M (`1,762 crore). At present, after curtailment of loan by ADB due to saving and devaluation of rupee, the total amount is available US$ 344M. Project became effective from February, 2008 and was scheduled to be completed in June,

This project is funded by the Japan International Corporation Agency (JICA). The project cost is 1,152.53 crore in which `884.80 crore is JICA loan and rest 267.73 crore will be borne by the State Government. Project is effective from October, 2011 and is scheduled to be completed in March, 2019.

The main objective of the project is to enhance forest area and livelihood opportunities of the forest dependent people and to conserve biodiversity by undertaking afforestation and biodiversity conservation measures through Joint Forest Management (JFM) approach, thereby contributing to environmental conservation and socio-economic development of Rajasthan.

This project is funded by the World Bank. The project cost is 832.50 crore in which  545 crore is World Bank loan portion, 242 crore will be borne by the State Government and 45.50 crore will be beneficiaries contribution. Project is effective from July, 2012 and is scheduled to be completed in April, 2019.

The project development objective is to establish the feasibility of sustainably increasing agricultural productivity and farmer income through integrating agriculture water management and agricultural technology, farmer organizations and market innovations and to help farmers get more rupees per unit of water in compensation for farmers using fewer units of water.

This project is funded by the World Bank. The project cost is 1,362 crore in which 960 crore is World Bank loan portion and `402 crore will be borne by the State Government. Project is effective from March, 2014 and is scheduled to be completed by December, 2018.