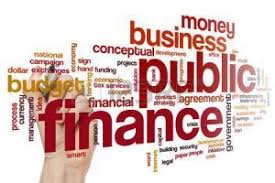 Salient features of fiscal position are as under:-

Interest payment as a percentage of Revenue Receipts and Revenue Expenditure was 11.97 per cent and 11.30 per cent respectively in the

Financial Institutions are playing an important role in economic development of the State by mobilization of deposits and credit disbursement to various sectors. The Government has increasingly begun to tap institutional finance from banks and other term lending institutions for financing various developmental programmes in the State, in view of the need to supplement plan financing. Banks/ Financial institutions have an important role in this regard. However, credit should be utilized in optimum manner to maximize returns and spread the benefit over a wider section of the  population. Credit through banks is an important source of investment for development in the State. Various credit-based programmes, like; National Rural Livelihood Mission-Deen Dayal Antyoday Yojana (DAY), National Urban Livelihood Mission-Deen Dayal Antyoday Yojana (DAY), Prime Minister Employment Generation programme and schemes for development of SC/ST and other poverty alleviation programmes are being implemented for the development of the weaker sections of the society with the active involvement of the banks.

The banks including the Regional Rural Banks, have helped in execution of various rural development schemes by providing credit support and thus they are fulfilling the national objective of upliftment of the weaker sections living below the poverty line. the total deposits have increased and credits have decreased during the year 2016 (upto September) over the corresponding period in the previous year i.e. upto September, 2015. The deposits have increased by 15.74 percent in Rajasthan in September, 2016 over September, 2015, while this increase was 12.93 per cent at all India level during the same period.

To build a better society, empowerment of every woman is imperative, since the empowerment of the woman is empowerment of the society and thus of the State. A path breaking scheme of Financial Inclusion and Women Empowerment, Bhamashah Scheme was first launched in the year 2008. Bhamashah Scheme, an end-to–end service delivery platform to transfer cash and non-cash benefits to the targeted beneficiaries in a transparent manner was relaunched in the year 2014 with broader objectives. The Scheme is family–based programme of financial inclusion, where each family is issued a ‘Bhamashah Card’.

Multiple cash benefits are accessed through the Bhamashah Card and transferred to the bank accounts of the beneficiaries. Non-cash benefits are also given directly to the entitled beneficiaries. Bhamashah card holders can get services at the doorstep at several different service-points. Cash benefits  are being transferred to their bank accounts, withdrawal and digital payment facilities are available at more than 23,500 e-Mitra kiosks, Business Correspondents & ATMs along with bank branches. E-Mitra is a multi-service, single-window network for providing governmental information and services to the citizens. Further, Mobile Wallets such as Paytm, m-pesa and Oxigen Wallet have been integrated with Bhamashah Platform to provide mobile payment facility to beneficiaries. In case of Non-cash benefits, such as ration distribution, the Fair Price Shops (FPS) have been I.T. enabled with deployment of approximately 25,000 points of service (PoS) terminals. Similarly, for Bhamashah Health Insurance, more than 1,125 health institutions have I.T. enabled receptions. Bhamashah Scheme is unique in number of ways: To empower women by making them Head of the Family and also to empower them with freedom to decide, what to spend their money on.

The Bhamashah Card issued to a family under the Bhamashah scheme is linked to a bank account, that is in the name of the lady of the house as the head of the family. To provide all cash/non-cash benefits (Individual/ Family) can be accessed through the Bhamashah Card. Cash benefits are directly ransferred to the bank accounts of the beneficiaries and non-cash benefits/services are provided directly into the hands of the beneficiaries using biometric authentication. By replacing the manual system of service delivery by electronic system, the system has been rendered completely transparent. The transaction mapper and receipt of messages on mobile generates transparency and trustworthiness of the system. No need for multiple surveys and validations. The beneficiaries have been identified and authenticated and have been verified through the two-layered system of verification and hence making the data cleanest possible.

The Administrative Report on the benefits transferred through the Bhamashah platform is presented twice for social audit, during a financial year in the Gram Sabha at each Gram Panchayat. The departmental databases as well as the applications are being integrated with the Bhamashah Application to avoid the repetitive steps and to remove bottlenecks and duplication.

The Administrative Reports of the benefits transferred through the Bhamashah platform were presented for social audit on 24.04.2016 and 28.11.2016 in the Gram Sabha at each Gram Panchayat.