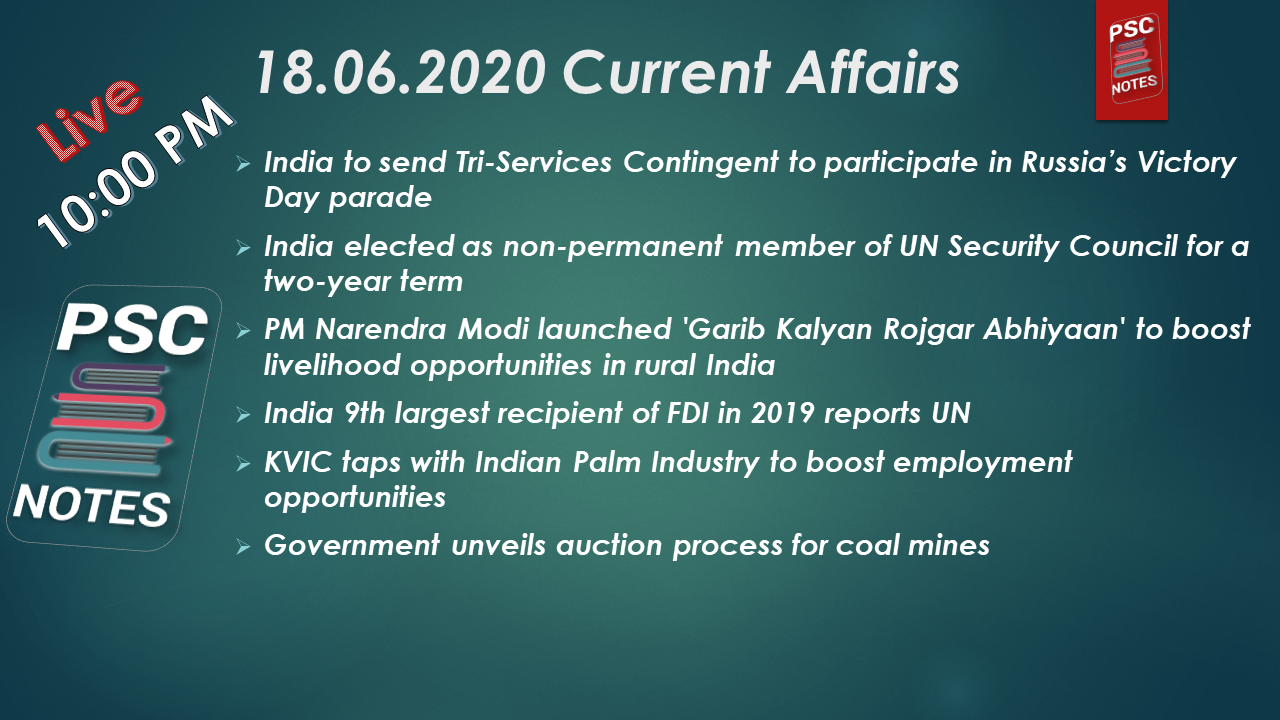 The Haryana State Pollution Control Board has agreed to help the UT administration in disposal of Covid-19 biomedical waste if an emergency situation occurs, like the breakdown of Biomedical Waste Treatment and Disposal Facility of Chandigarh.

In the report, the UT had submitted that the Chandigarh city has generated 39,837.1kg of biomedical waste related to Covid-19 in May. The report was submitted following the directions of National Green Tribunal (NGT) and Central Pollution Control Board.
The waste came from top three medical institutes like PGI, Government Medical College and Hospital, Sector 32, Government Multi-specialty Hospital, Sector 16, and other civil hospitals, quarantine centres and municipal corporation. PGI topped the list, with 2,7280kg waste followed by GMH (5,475kg) and GMSH (2,511).

India will send a 75-member Tri-Service contingent to participate in the military parade in Moscow on the occasion of the 75th anniversary of the victory in the Second World War.

The parade will honour the heroism and sacrifices made by the Russian and other friendly people.

The Defence Minister of Russia had invited an Indian contingent to take part in the Victory Day Parade scheduled to be held on 24th June.

India was elected as a non-permanent member of the UN Security Council for a two-year term after winning 184 votes in the 193-member General Assembly.

Along with India, Ireland, Mexico and Norway also won the Security Council elections.

India was a candidate for a non-permanent seat from the Asia-Pacific category for the 2021-22 term.

Its victory was certain as it was the sole candidate vying for the lone seat from the grouping. India’s two year term will begin on January 1, 2021.

The Government of India has decided to launch a massive rural public works scheme ‘Garib Kalyan Rojgar Abhiyaan’ to empower and provide livelihood opportunities to the returnee migrant workers and rural citizens.

The campaign of 125 days across 116 districts in 6 states aims to work in mission mode to help migrant workers.

It will involve intensified and focused implementation of 25 different types of works to provide jobs and create infrastructure in the rural regions of the country.

The UN Conference on Trade and Development (UNCTAD) reported that it was the world’s 9th largest recipient of foreign direct investments (FDI) in the year 2019 in its World Investment Report 2020. India has received $51 billion in foreign investment in 2019.

Teh COVID-19 pandemic has hit hard the FDI to developing economies in Asia. It has been projected to decline by up to 45% in 2020.

As per the forecast, India’s large market will continue to attract market-seeking investments to the country.

Among the “developing Asia” region, India stands among the top five host economies for FDI.

The Khadi and Village Industries Commission (KVIC) launched a unique project at Dahanu in Palghar district of Maharashtra, a state with more than 50 lakh palm trees. Under the project, Neera and Palmgur will be produced in India. Neera and Palmgur have huge potential to create employment in the country.

The project aims to promote Neera as a substitute to soft drinks. It is aimed to generate self-employment to Adivasis and traditional trappers.

KVIC has distributed tool kits for extraction of Neera and making palmgur to 200 local artisans who were given 7 days of training by KVIC.

A tool kit of cost Rs.15,000 that comprises perforated moulds, canteen burners, food-grade stainless steel Kadhai, and other equipment like knives, rope, and axes for extraction of Neera will be provided.

The auction of 41 coal blocks, announced by Prime Minister Narendra Modi, is expected to attract ₹33,000 crore in investments, with private miners sharing revenues with the government.

The blocks are located across Madhya Pradesh, Chhattisgarh, Jharkhand, Odisha and Maharashtra.

There will be no restriction on the sale and utilization of coal from the mines.

Despite hosting the world’s fourth-largest coal reserves, India imports around 235 million tonnes (mt) of coal a year, of which around 135 mt worth ₹1.71 trillion could be sourced locally.

According to the coal ministry, these 41 mines are expected to hit a peak production of 225 mt, generating around 15% of India’s coal output in 2025-26.