Natural and power Resources of Haryana

Energy is a vital for the development and for sustained economic growth. In addition to its widely recognized role in development of different sectors of the economy, it makes a direct and significant contribution to economy in term of revenue generation, increasing employment opportunity and enhancing the quality of life. Hence, affordably priced reliable supply of electricity is necessary for effective development of the State.

There are various challenges for the state of Haryana in terms of energy sector both in terms of conventional and renewable energy sources. Haryana State has limited availability of natural sources of energy. There is very less Hydro Power Generation potential in the State. Even the coal mines are far away located from the State. There is very limited forest area. Wind velocity prevailing in the State is also not sufficient to exploit the power generation. Although, the solar intensity is relatively higher but the land area limitation does not encourage big scale harnessing of this resource as well. Therefore, the State has been depending on the limited thermal generation capacity installed within the State and hydropower from the jointly owned projects.

Total Installed Capacity :The total installed capacity available to the State at present is about 10,937 MW. It include 2,782.7 MW from State’s own stations, 829 MW from jointly owned projects (BBMB) and the balance as share in Central Projects and independent Private Power Projects. The power availability from these sources was 4,38,956 (lakh KWH) in 2014-15.

Various Projects to increase the power

State has implemented various short term and long term measures such as addition in capacity generation, improvement in operational efficiency, rehabilitation and extension of distribution network etc. have been taken up. 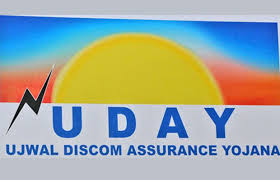 This programme was implemented by the Centre to ensure a sustainable solution to the debt-ridden power utilities to achieve financial stability and to improve their operational efficiency for sustained growth. The State Govt. has decided to adopt this scheme. It is expected to boost the operational and financial capacity of the State Power Corporations.

Renewable energy has been crucial for the promotion of clean and green environment. State government has been giving much larger attention to the renewable energy. To promote the generation of green and clean power using solar energy in the State on a larger scale four Power Purchase Agreements of 23 MW to purchase solar power and allotment of 13 projects to generate 165 MW of solar power has been signed with IPPs. Besides this 16 MW of solar roof top projects at a total cost of 33.17 crore are under installation by providing 30 percent financial assistance. All these power plants will be having

Net Metering facilities in which the excess power generated from Solar Power Plants can be exported to the Grid which can be used by the user within a year. In addition to above, about 4MW of solar roof tops have also been installed by various category of user covered under mandatory policy/order notified by the state Govt. To expedite the approvals & release of subsidy to the users for such plants. A web portal is also being developed. Further, for creating a conducive environment for investment in solar energy sector in the State, the earlier solar policy is being re-define by providing several investors friendly provisions including single window service.

Solar Power in Irrigation : Solar water pumping systems are being promoted to increase the  irrigation potential. Accordingly during this year 500 nos. of Solar Water Pumps shall be installed by providing State & Central subsidy @ 30 percent each. During the year 2016-17, 3050 Solar Water Pumping System are proposed to be installed at a total cost of  39.60 crore. For catering the energy needs of smaller income group, in three years in phased manner, a new flagship programme to provide one lakh of Solar Home Lighting System to the beneficiaries a total cost of 180 crore to energies 3 LED lighting systems, 1 ceiling DC operated fan and 1 mobile charging port, per system, has been conceptualized.

Policy for generation of electricity through Renewable energy sources

To create conditions suitable for the involvement of private sector or public–private sector participation in Renewable Energy Sources based power projects in the State.

The State Govt. aim to achieve a minimum of the total capacity of conventional power to be generated through Renewable Energy Power Projects as per Ministry of Non-conventional Energy Sources, Govt. of India’s policy .

Measures to be adopted

To promote setting up of Biomass Based Power Projects.

To promote Waste to Energy Power Projects based on Urban, Municipal and Industrial Waste

A potential of generation of 1400 MW of power through biomass exists in the State. The State Govt. is committed to exploit this potential.

To harness the potential of cogeneration in cooperative / private sector sugar mills with  power generation capacity has been installed ,and potential  is estimated to be 100 to 150 MW.

To harness 45 MW of power which can be generated through the water falls available at various locations in canals of the State.

The daily availability of Municipal Solid Waste in cities like Faridabad, Gurgaon, Ambala,Sirsa,Yamunanagar, Panipat, Rohtak, Bhiwani, Sonepat, Hisar is between 120 metric tonnes to 600 metric tonnes. Waste to energy power plants or fuel palletisation plants based on Municipal Garbage can be set up in these cities to generate about 17MW of power.

The solar insolation level in the State is in the range of 5.5 KWH to 6.5 KWH per sq.mtr. of area and the State has about 320 clear sunny days in a year. This offers a great potential for using solar energy for various thermal and electrical energy applications in the State.

Sufficient untapped wind energy power potential is available in the State specifically in the Morni hill area of Distt.Panchkula and Aravalli Hills in Southern Haryana. Wind Monitoring Stations are being set up in Panchkula, Gurgaon and Mahendergarh districts to assess the available wind potential for power generation in the State.