A host of mineral occurrences have enriched the state of Haryana. The minerals occurring in this state are primarily china clay, limestone, dolomite, quartz/ silica sand, quartzite, slate. Other minerals, such as, barytes, calcite, feldspar, marble, copper, tin and tungsten are noteworthy. Among building stones, granite, slate, marble, quartzite and sandstone are conspicuous. In addition, a number of minerals in minor amount are also reported.

Alkaline Earth : Alkaline earth is the soil containing excess exchangeable sodium or those influenced by sodium salts, capable of alkaline hydrolysis, e.g. carbonates or bicarbonates of sodium or both and occurs as efflorescence on the surface of the earth. Their presence on the surface produces a barren look to the ground, impoverishing crop production but on the other hand these can be an economical source for sodium carbonate when the concentration of constituent salts increases. Alkaline efflorescence is quite extensive around Gohoro and Durga-ka-Nangal in Mahendragarh District.

Arsenopyrite : Arsenopyrite is present as dissemination in darkgrey quartzite bands of the Alwar Formation in FirozpurJhirka and Nuh tehsils of Gurgaon District. The metal arsenic is used in medicine industry.

Baryte : It is valued for its chemical inertness and high specific gravity and used in preparing muds required during oil well drilling. Other important uses are in paint and lithopore industry and as a source material for barium chemicals. It is also used as filler in paper and rubber manufacture. In the state, baryte occurs in minor quantities as very thin (0.02 m to 0.15 m) veins or as lensoidal patches along the foliation planes in calc-schist rocks belonging to Ajabgarh Group of Delhi Supergroup in Masnuta and Bail-ki-Dhani area of Mahendragarh District. It is also reported from Haripur in Ambala District.

Beryl : Beryl is the principal source of beryllium metal which is lighter than alluminium. When alloyed with copper and after suitable heat treatment, the alloy develops high tensile strength and ability to withstand repeated stress. Since the advent of atomic energy, beryl has become very important because beryllium is used as a moderator in nuclear reactor. A small quantity is used in the chemical industry in the manufacture of beryllium salts and ceramic glaze. The green transparent variety of beryl is a precious stone and known as emerald. In Haryana, large crystals of beryl have been recorded from a few pegmatites adjacent to Bail-ki-Dhani, Masnuta and Sarai in Mahendragarh District, but no workable deposits exist in the area.

Building Stone : Haryana is famous for its slate deposits, which are extensively quarried and used as ornamental, building and decorative stones and forms an important source of foreign currency. The slates are generally of greyish and greyish black colour, but black, greenish black and multicoloured slates are also not uncommon. Owing to stains of hydrous ferric oxide, the slates of deep brick-red, greyish purple and brownish colour are also available. The multicoloured variety is mainly exported. Other prominent building materials include marble, limestone, sandstone, quartzite and granite.

Calcite : Calcite veins are normally associated with the Ajabgarh rocks and are mostly confined to Mahendragarh District. About 50m long and 10m wide calcite vein, associated with quartz veins, occur near Raghunathpura. Another calcite vein, measuring about 20m long and 5m wide also observed in its vicinity. Both these occurrences are of high quality but the purer and transparent variety of Iceland Spar is rare. Near Masnuta, a calcite vein, extending about 45m long and 1m wide, occurs in association with pegmatite. All these veins have been quarried in the past. Two to three veins of calcite occur in the Mundia hill and Sonaro-ki-Pahari of the Khalra group of hills, Bail-ki-Dhani and Panchnota. Transparent calcite in association with white milky calcite has been reported from the Rasulpur hill. Pure crystallized, transparent calcite is mainly used in making optical instruments. Poor quality calcite at present is being used for up-grading limestone.

China Clay : Pegmatite intrusions in the Delhi Supergroup have given rise to workable clay deposits in Faridabad and Gurgaon districts. The important occurrences are located near Alipur, Arangpur, Ghamrauj, Ghosgarh, and Sikandarpur. Other occurrences in the area are located near Kasan  Ghata Manger and Nathupura. The clay contains mostly poorly crystallized kaolinite with little quartz. Chemical analyses of clay from different occurrences indicate that silica is normally over 60% while alumina is around 20% and that these are of refractory type.

Copper :The main occurrences of copper explored so far are present around Khodana, Teejanwali hill and GolwaGangutana in Mahendragarh District. Chalcopyrite grains along with pyrite, pyrrhotite and arsenopyrite occur as dissemination near Rojka Meo and Indri in Gurgaon District. Malachite stains are observed in rocks of Ajabgarh Group of Datla hill near Raghunathpura, Ghataser, Dondkhoro, Gohoro, Meghot-Hala , Zainpur, Dholera and Pholera villages in the southern part of Mahendragarh District. Specks of pyrite and chalcopyrite are also noticed in the marble of Dhani.

Friable Quartzite: Friable quartzite having high silica content is easily amenable to crushing in the manufacture of glass. Weathering of this quartzite produces good morrum and angular sand suitable for building purpose. Such materials are found to accumulate in the numerous nala beds, traversing the Alwar quartzite hills in Faridabad and Gurgaon districts. There are many sand quarries in the Arangpur (28o21’: 77o16’) area and have reached a depth of 20 m. Gritty quartzite at Bajada Pahari is also friable, but limited in its extent. A narrow zone of friable quartzite about 1.2m to 1.5m wide and traceable for 30m along strike, is seen west of Manesar, which is suitable for manufacture of low grade glass only. In Bhiwani District, a white friable quartzite about 200m in length and upto four metre thick occurs near Pachopa Kalan and the friable zone is confined maximum to one metre depth from surface.

Garnet : The Ajabgarh schists and gneisses around Gohoro, Masnuta and Gangutana in Mahendragarh District are highly garnetiferous. The garnets are pink in colour, translucent to opaque and vary in size from minute grains to about one centimeter in diameter. They are associated with staurolite crystals of various shapes and sizes. Near the contact of Alwar micaceous quartzite of Sareli-Tehla ridge, with the Ajabgarh calc-argillaceous rocks, bigger crystals of garnet have developed but concentration is low. In Gurgaon District, thin bands of grey coloured, soft, garnetiferous mica-schist are seen west of Haryahera. Garnets here are generally quite big, about 3cm in diameter, but smaller crystals are not uncommon. West of Raisina, the light coloured schists are richer in garnet.

Gold : The incidence of gold occurrence has been reported by GSI in the Siwalik belt and adjoining recent/ sub-recent alluvial terrain in parts of Yamuna Nagar and Ambala districts. In Jaffarpur Jafari, Katgarh and Darpur areas the values from the 52 panned concentrates range from 0.02 ppm to 2.70 ppm. In 6 biogeochemical samples the values were found to range between 0.03ppm and 0.06ppm Au. In Chandi Mandir, Berwala, Mandhana and Sabilpur area, of the 126 unpanned samples from loosely cemented bedrock from Upper Siwalik and compact Lower Siwalik, only 12 have analyzed >0.02 ppm Au, maximum being 0.05 ppm. In the terrace material adjoining the Siwaliks, of the 73 samples, 27 have analysed >0.02 ppm maximum being 0.14ppm. In one of the 6 unpanned streambed samples Au as high as 0.97ppm has been analyzed while in the remaining it is between 0.04 and 0.18ppm. Gold incidence has also been reported by GSI from rocks hosting sulphide mineralisation in Ajabgarh Group of rocks of Delhi Supergroup at Ghataser, Golwa, and Bakrija Mahendragarh District. At Ghataser, white quartz veins within quartzite analyzed 0.11ppm to 0.5 ppm gold. Incidences of gold have been reported from veins in the metasediments and granite of the northern block of Tosham Tin-Tungsten prospects. The gold values ranging from 0.01ppm to maximum of 2.86ppm have been reported from the ore samples showing incidences of copper, bismuth and cobalt mineralisation.

Graphite : In Minerals of Haryana, graphite occurs in association with schists in Gurgaon District. A graphitic schist band occurs west of Sohna in which graphite occurs as flakes and amorphous carbon and show increasing concentration with depth. Near Raisina, the dark schist bands are richer in graphite. Other occurrences in Gurgaon District are at Baghaul and Haryahera in thin schist bands interbedded with quartzite. Graphite is used in the manufacture of “Brushes” in dynamos, as electrodes in electric furnaces and as moderator in atomic reactors. Gypsum Recent investigations by GSI confirmed the presence of bedded gypsum stretching for about 500 m along NW-SE occurring interbedded with sandsilt- clay sediments at Saharwa in Hissar District. The gypsum bands are of varying thickness upto maximum of 1.5m with average CaSO4 content of 60%. Gypsite (low grade gypsum) with sand-silt and clay has been reported from Dariyapur and Garanpura-Kalan area of Bhiwani District. Gypsum is used as a retarder in cement, in fertilizers, and as a filler in various materials like paper, crayons, paint, rubber and in manufacture of plaster of paris. Gypsum occurrences were also reported from the clay bands interbedded with sand Iayers from Julana area in Jind District and as lumps in the ferruginous clays of the Subathu Formation in Ambala District. Iron In Haryana, small deposits of high phosphorous iron ore are located in Mahendragarh District and another small occurrence is located in Bhiwani District.

Kankar : Kankar, a terrestrial accumulation of CaCO3 in the alluvial plains or aeolian sands and having a variable purity, is mostly confined to Bhiwani District and occurs as deposits in Mahendragarh, Sirsa, Hissar and Gurgaon Districts. The main occurrences in the District are Riwasa, Siwani, Kaland, Dadri, Achma, Lahori Jattu, Baliyali, Rupgarh, Mankawas and Kaunt. Kankar in the region occurs both as massive and fragmentary deposits and is mostly confined to palaeochannel courses and interdunal tracts in the area. 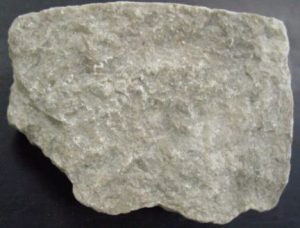 nate. It is one of the most important industrial minerals required for the manufacture of lime and cement chemicals (soda-ash caustic soda, bleaching powder, calcium carbide etc.), fertilizer (ammonium nitrate) etc. and as a flux in iron and steel, ferro-alloy and other metallurgical industries. Limestone and dolomite in Haryana are mostly confined to Mahendragarh and Ambala Districts.